“It’s beginning to look a lot like Christmas…” here in Charente Maritime and we have been soaking up the atmosphere since December began with mince pies, poinsettias, Christmas trees and marchés de Noël (Christmas Markets).

Since late November, we have been on the hunt for a couple of BIG Christmas trees for inside the château (when the ceilings are 5 metres high, a normal-sized tree just looks tiny so we were on the lookout for a 3 metre and a 4 metre tree for the lounge and hallway respectively). The local garden centre (Gamm Vert) had big trees but the guy said we had to wait another week to make sure all the communities had enough before they could let the general public buy what was left… That made me a bit nervous that they would run out before we’d even had a chance so we happened to drive past another Gamm Vert which had two enormous trees on display just outside the entrance.

In my best French, I enquired as to whether they had any more like the ones on display and the lovely lady told us that those were the last two she had but they were ours if we wanted them… we eagerly took her up on the offer before really checking out if they would deliver and how we would stand the trees up (they were planted in the ground while on display but we wanted them for indoors)… She happily sold us a couple of big black pots and advised us to put sand in them (Rich was not convinced that this would be strong enough to stop them toppling over). She also said her car was a bit small to deliver them but her colleague offered to put them on his trailer and deliver them in a couple of days (all at no extra charge). Back at the château we scoured the rubble the builders had left for suitable weights to secure the enormous trees. A couple of days later the trees duly arrived and the kind man brought them inside and then left us to it.

We had to saw off several low branches so that the trees could get into the pots and, with lots of heaving and grunting, we managed to hoist the biggest tree into its pot. But it was leaning! Despite our meticulous planning, sawing the bottom off the trunk to make it flat and careful positioning of the rubble in the pot, the tree just wasn’t standing up straight. We pushed it, wiggled it, wobbled it but no, it was still leaning. Satisfied that it wouldn’t fall over in the night, we went off in search of fish ‘n’ chips and mulled wine to mull over what to do next…

The next morning dawned and it dawned on us that if we tried to rotate it in the pot, maybe it would shift and right itself. Ta da! Success! We now had a vertical tree ready to decorate. But first we had to put the second tree into its pot. Confident that we had learnt from our mistakes, the second one went up like a dream and we set about testing the fairy lights to decorate both the trees.

I untangled the lights and Rich tested them and eventually we had 4 sets of lights ready to go. All very well when you can reach the top of the tree but we had to get a ladder to reach the top. Next came baubles and more ladder climbing to reach the upper branches.

Eventually we were all baubled out and the first tree was decorated. We still have the second tree to finish decorating but that’s a job for this afternoon with a bit of Christmas music playing and a gingerbread-spiced candle burning to get us into the Christmas spirit!

In the meantime, here are the photos of the bigger tree before and after: 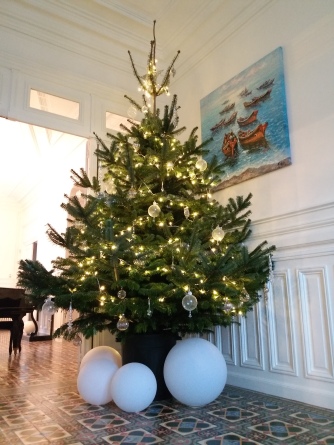 I’ve also been baking with a Christmas twist, my Christmas tree chicken and mushroom puff looked so much better on Pinterest but Rich said it tasted good so what the heck?! My cinnamon-spiced marzipan biscuits also hit the spot so I’ll leave you with pictures of those Christmassy delicacies!

I do hope your Christmas preparations are going to plan and you are gearing up for a peaceful and joyous holiday. 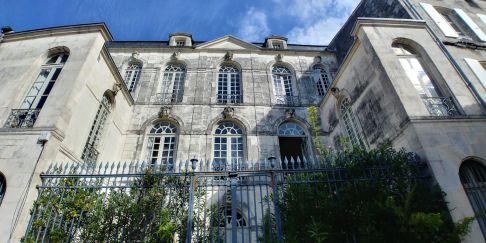 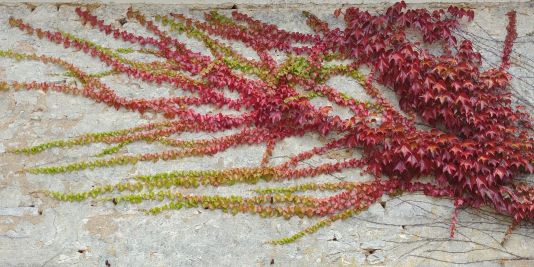 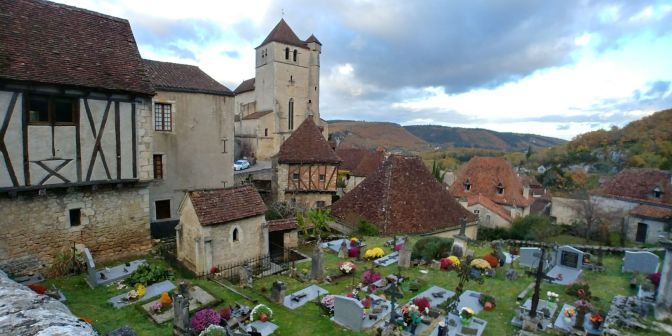 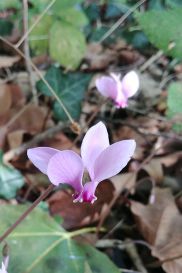 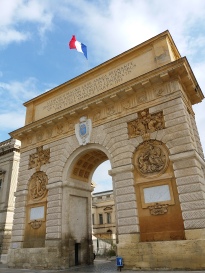 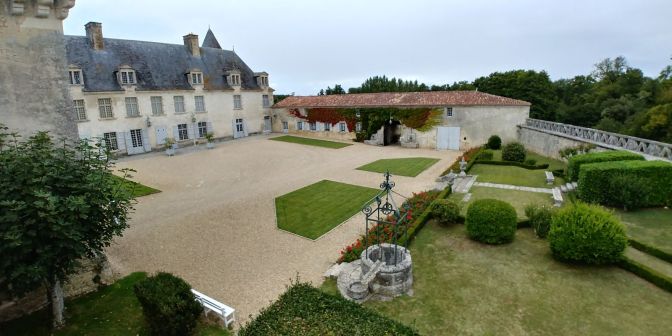 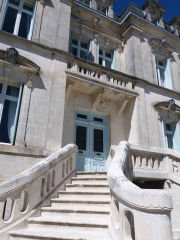